On Friday, Democrat Senator Sherrod Brown went back on a month’s worth of talking points, during which he exhaustively cited the need to fully fund the Children’s Health Insurance Program (CHIP) for five years. Brown also called for his own defeat after claiming – “those who advocate for shutdowns should be defeated in their races, frankly,” – and then voting for the Schumer Shutdown.

Brown showed Ohioans his true colors. He spent a month scoring political points off of advocating for healthcare for poor children, and then voted to take it away from nearly a quarter million children in Ohio, and nearly 9,000,000 nationwide. This is despicable.

The Democrat claim that this shutdown could fall on the shoulders of Republicans is laughable. First, it takes 60 votes to pass legislation in the Senate and Republicans currently have 51 votes. That means Democrats have to join us to pass a funding bill. Five democrats did. Sherrod Brown spent the week saying shutdowns are “idiotic,” but then fell in line with his party boss, Chuck Schumer.

This flip flop comes just weeks after saying this.

Next, to vote against a bill, you would expect the Senator to disagree with something in the bill. This Republican bill included language to fund our military and to fund CHIP for six years. Unless the Democrats are against funding the military, there was nothing in the bill that they opposed. Sherrod Brown certainly didn’t oppose anything in the bill, especially after tweeting his support for the military.

So why oppose it?

Democrats claim it’s because an approval of DACA was not included. However, there was not a deadline on DACA like there was on CHIP. In fact, DACA doesn’t expire until March 5.

President Trump and Republicans have been vocal about their terms for a deal on DACA. We want to regularize Dreamers, but we must fund increased border security measures, end chain migration and get rid the absurd visa lottery system. We must transform our broken immigration system into a merit-based immigration system.

Dreamers were brought to our country illegally by their families, but through no fault of their own. Most Dreamers are productive members of society who should stay, but some put a strain on society through crime. MS-13 is a terrorist organization, which is fueling our state’s opioid epidemic. Their members should be deported and deterred from coming back through increased border security.

This is a fair deal, but Democrats refuse to take it. They are demanding a clean DACA bill with no changes to our broken immigration system.

The Democrats are essentially holding the government, CHIP and military funding hostage for an unrelated immigration issue. Chuck Schumer once said this would cause, “governmental chaos:” 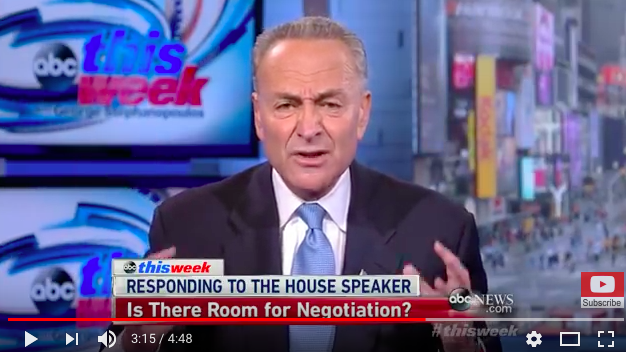 Ohio voters will not forget that Sherrod Brown put the healthcare of nearly a quarter million Ohio children at risk in an attempt to score political points.

Have a great week, 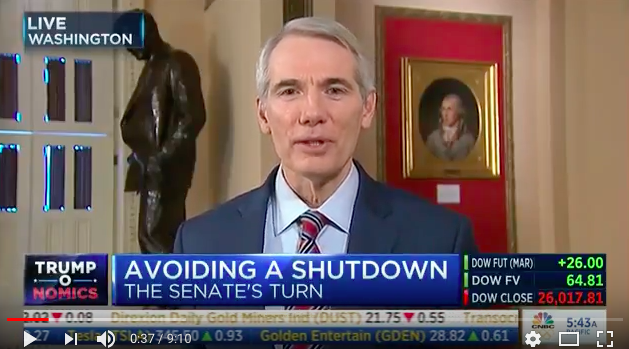 On Friday, Portman voted to keep the government open and provide six years of certainty and stability to the 8.9 American children enrolled in the Children’s Health Insurance Program (CHIP). Portman issued the following statement after the vote:

“Tonight I voted to keep the government open and provide long-term funding for the CHIP program. There’s nothing in this short-term funding bill that either party opposes, and no one benefits from a shutdown. We should end government shutdowns for good, and that’s why I have introduced legislation called the End Government Shutdowns Act to avoid these types of unnecessary disruptions that ultimately hurt our economy, hurt families, and hurt our troops. Shutdowns are unnecessary and counter-productive, and I would hope Democrats reconsider their opposition to this non-controversial, short-term funding bill and work with us to keep the government running.” 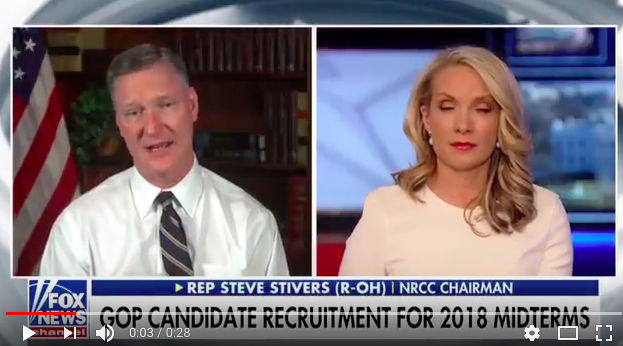 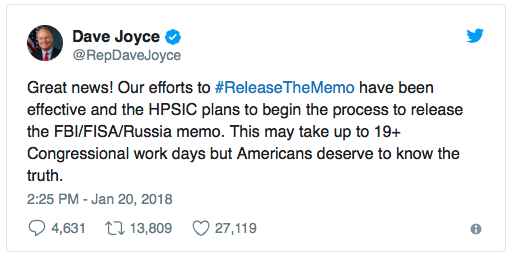 Rep. Dave Joyce, a Republican from Ohio, declared Saturday that the House Intelligence Committee “plans to begin” the release of the memo that allegedly contains revelations about U.S. government surveillance abuses.

His tweet is promising for dozens of conservatives who have rallied in recent days for the four-page memo to be made available to the general public. They suggest it contains evidence that the Obama administration used FISA warrants to spy on both the Trump campaign and transition team — charges Obama officials have long denied.